Skip to content
Liz O’Donnell provides Consultancy, Lecturing  and Advisory services for corporate, educational and various other organisations in the field of government relations and public affairs.

This work comprises strategic advice on projects which require an understanding of how government works and policy is made in the Oireachtas. Her clients include multi- national companies, representative organisations and individuals.
For some years she acted as advocate to Government for the Irish retail industry (Retail Excellence Ireland).

Public Affairs consultancy involves advice and management of government relations with clients. Liz’s experience as a TD of fifteen years and as Minister of State (97 – 2002) is of significant assistance to clients to navigate legislation and policy issues of relevance to their business.

Advocacy in this regard is vital in the context of competing demands on Government ministers and policy makers.
Communications and liaison with members of the Oireachtas of all parties, and in particular key members of the opposition, is critical in order to highlight important policy issues. Advice as to making presentations to Oireachtas Committees and Ministers is all part of a familiarisation service for clients.
Inevitably there is overlap with a communications strategy which is part of the overall engagement in government relations and advocacy.

External Counsel to the Lisheen Mine

Liz O’Donnell acts as External Counsel to the Lisheen Mine,   a Lead and zinc ore mine in Moyne Co. Tipperary. The site occupies over 1000 acres and employs approximately 400 people. Lisheen is wholly owned by the Vedanta Resources PLC listed on the London Stock Exchange. , a global mining and exploration corporation which owns and runs zinc copper and iron ore mines in Africa Australia and India. See The Lisheen Mine.

As one of few women politicians, who served at a senior level in Dáil Éireann and in Government during the period 1992 and 2007, Liz is a frequent speaker at seminars and conferences on the theme of Women in Politics. She is a strong advocate of the need for more diversity and equality in politics and public life and has written and spoken frequently on the theme. Recently, she spoke at a seminar supporting and mentoring women who are aspiring candidates for the next local elections in 2014. 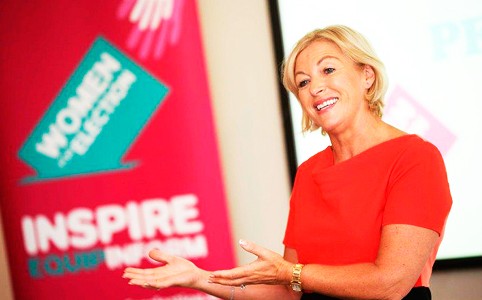 Liz O’Donnell of Women for Election 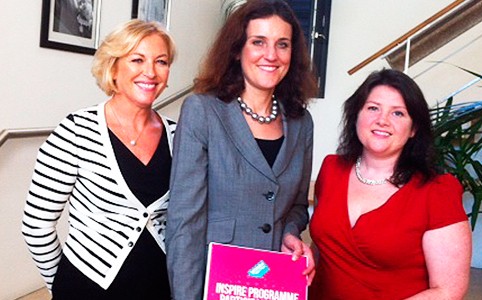 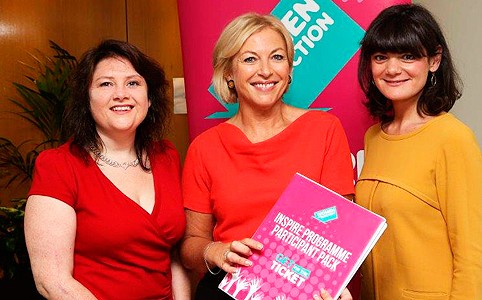 Liz O’Donnell of Women for Election

With the figures for women in the Dáil at very low levels ( 25 out of 166 deputies) she supports the new legislation introducing quotas on political parties to field at least 30% women as candidates. This legislation will apply at the next elections, and Liz believes it will facilitate the entry into politics of more women and increased diversity and choice for the electorate.

Public Affairs consultancy involves advice and management of government relations with clients. Liz’s experience as a TD of fifteen years and as Minister of State (97 – 2002) is of significant assistance to clients to navigate legislation and policy issues of relevance to their business.

Northern Ireland and the Peace Process

As a member of the Irish Government negotiating team in the Multi-Party Talks leading to the Good Friday Agreement in 1998, Liz has direct knowledge and experience of the Peace Process.

She is frequently invited to address students of conflict resolution and politics at third level institutions both in Ireland and abroad about the talks process itself and the details and context of the Agreement. The Agreement marked the beginning of a new society in Northern Ireland based on political agreement as between the parties.
Wide ranging reforms of the justice and legal systems, a power sharing government and north south institutions and a new reformed police service in Northern Ireland was put in place. The implementations of these reforms were to take some considerable time and the gradual building of trust. The decommissioning of paramilitary weapons was finally achieved and prisoners were released under the terms of the Agreement.
The political settlement reached ended the vexed conflict in Northern Ireland and consolidated a new improved relationship between the United Kingdom and Ireland. The Peace Process enjoyed cross party support in Ireland and benefited greatly from the engagement and encouragement of our EU partners and the United States and Canada. Senator George Mitchell chaired the talks along with former Finnish Prime Minister Harry Holkeiri and Canadian General John DeChastelain.
The peace process is frequently studied as a successful exercise in conflict resolution, and as such, there is international interest in its detail as a possible template for the resolution of other disputes.
Liz is also asked to contribute to publications on the topic; for example – the British Council invited her to contribute to a series of writings on British Irish relations, entitled “Britain and Ireland – lives Entwined“.

Liz is to speak at an event in Dublin Castle on 30th October hosted by the Department of Foreign Affairs which brings together civil society groups involved in the peace process in Northern Ireland. Given that this year is the 15th anniversary of the Good Friday Agreement, the title of the event is Reconciliation Networking Forum and the British Ambassador Dominic Chilcott and former adviser to Prime Minister Blair, Jonathan Powell will also speak.

Liz attended an ASEAN international conference and spoke as a former Minister involved in the peace process in Ireland. This conference was be held in Wilton Park in the UK between 25th to 27th November 2013, and the theme was “Conflict Resolution in South East Asia.