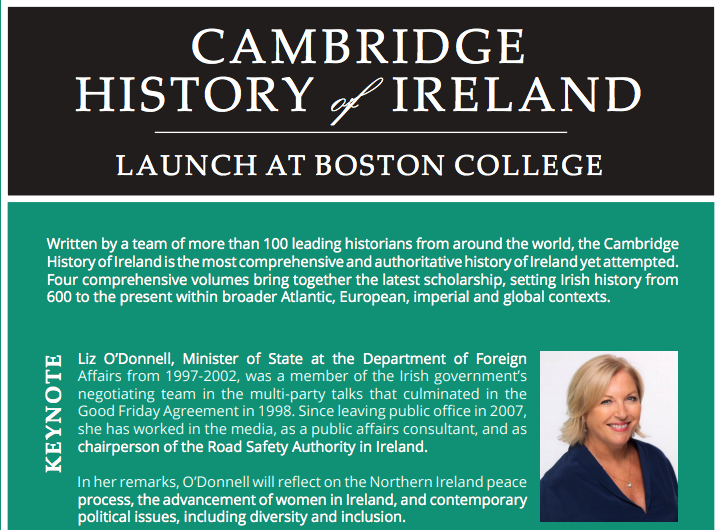 Liz was invited to Boston College to launch the Cambridge History of Ireland.

Written by a team of more than 100 leading historians from around the world, the Cambridge History of Ireland is the most comprehensive and authoritative history of Ireland yet attempted. Four comprehensive volumes bring together the latest scholarship, setting Irish history from 600 to the present within broader Atlantic, European, imperial and global contexts.
Sponsored by Boston College Libraries, the Global Leadership Institute, Boston College, and Cambridge University Press
in collaboration with the Boston College Center for Irish Programs and Consul General of Ireland in Boston.
KEYNOTE by Liz O’Donnell, Minister of State at the Department of Foreign Affairs from 1997-2002, was a member of the Irish government’s negotiating team in the multi-party talks that culminated in the Good Friday Agreement in 1998. Since leaving public office in 2007, she has worked in the media, as a public affairs consultant, and as chairperson of the Road Safety Authority in Ireland. In her remarks, O’Donnell will reflect on the Northern Ireland peace process, the advancement of women in Ireland, and contemporary political issues, including diversity and inclusion. 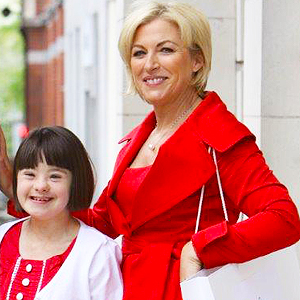 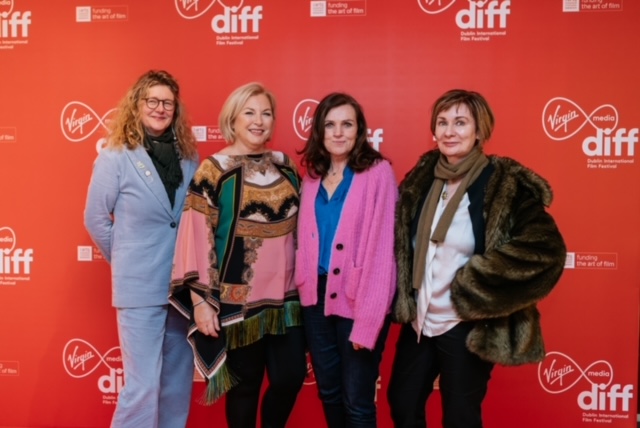 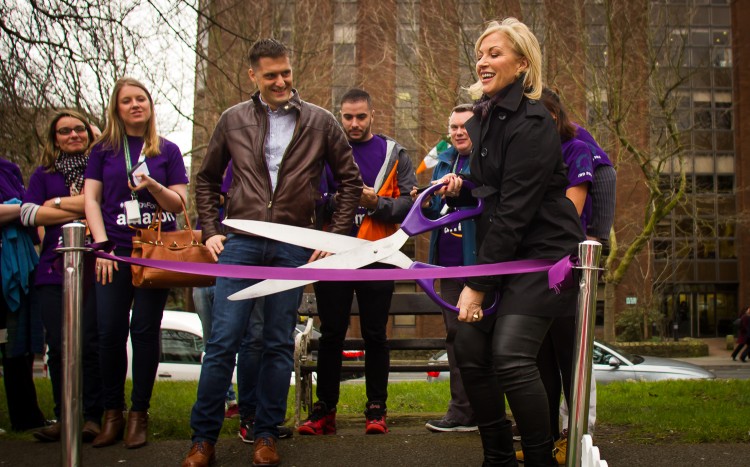