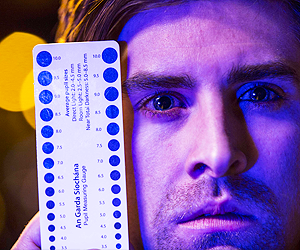 The Road Safety Authority (RSA) and An Garda Síochána today launched their Christmas and New Year Road Safety Campaign in co-operation with the Medical Bureau for Road Safety in UCD, Dublin today 27 Thursday, 2014. The focus of this year’s campaign is the launch of an awareness campaign to raise awareness of Roadside Impairment Testing (RIT), which has been introduced by the Minister for Transport, Tourism and Sport, Mr Paschal Donohoe. 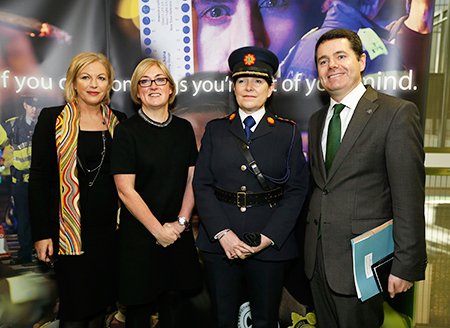 Roadside Impairment Testing (RIT) will provide An Garda Síochána additional powers to test drivers whom they suspect of driving under the influence of drugs (DUID). As part of the new test, drivers will be required to undergo five impairment tests; a Pupil Dilation Test, Modified Romberg Balance Test, Walk and Turn Test, One Leg Stand and lastly a Finger to Nose Test.

Minister for Transport, Tourism and Sport, Mr Paschal Donohoe, who announced the introduction of Roadside Impairment Testing today said: “While driving under the influence of drugs (DUID) has been a statutory offence in Ireland since the Road Traffic Act 1961, I believe the introduction of Roadside Impairment Testing will strengthen the hand of the Gardaí to tackle the issue of drug driving. It will be a useful indicator as to whether a person is ‘incapable of having proper control of the vehicle’ and whether that incapability might be due to the presence of an intoxicant such as drugs.”

Minister Donohoe also announced today the introduction of a procedure which will allow for the testing of an incapacitated driver following a serious road traffic collision. It will now be possible to take a specimen of blood from a driver who is incapacitated and to test that specimen for intoxicants. The driver will be asked, on regaining capacity, whether they consent to the issuing of a certificate of the test result on the specimen.  Refusal will be an offence.

Speaking at the launch, Professor Denis Cusack, Director of the Medical Bureau for Road Safety, said “A ‘Report on Roadside Drug Testing’ published by the MBRS in 2012 identified a two-step process to tackle drug driving in Ireland. The first is the introduction of Roadside Impairment Testing commencing today, which I very much welcome, to be followed late next year by the anticipated introduction of roadside chemical testing, modeled on the successful mandatory alcohol screening,”

Referring to the prevalence of drug driving in Ireland, Professor Cusack added that “The MBRS has found that of the 10,498 specimens of blood and urine tested between the years 2007-2013, 7,199 confirmed positive for drugs other than alcohol. Cannabis followed by benzodiazepines were the most prevalent drugs detected. A review of road traffic collisions and drug and alcohol toxicology analyses from the Coroners District in Kildare during the period of 1998 – 2009 found that almost one in ten drivers killed had a positive toxicology for a drug(s),”

Professor Cusack spoke to allay the fears of anybody taking prescription or over the counter medicines, “if you are taking medicines under the direction of your doctor or pharmacist and you heed their advice in relation to driving, you should have nothing to fear.”

At the launch, Ms Liz O’Donnell, Chairperson, Road Safety Authority said, “Up to now, the research is that many drug drivers see little risk of apprehension. They can actually delude themselves to be better drivers while under the influence of drugs and imagine themselves at low risk of collision. They also overestimate their driving competence and demonstrate little understanding of the effects of drugs on their driving. Now with the additional powers for drug impairment testing by Gardai, more drug drivers will be apprehended. The fear of being arrested and disqualified from driving will force these drivers to reconsider such dangerous behaviour.”

Speaking at the launch, Garda Commissioner Nóirín O’Sullivan said, “The new drug driving tests will save lives. Over the last decade, we have seen that similar measures such as reducing the alcohol limit and the introduction of penalty points have helped reduce the number of road deaths. We believe these new regulations will do the same and we will be rigorously enforcing them.

An Garda Síochána has increased our enforcement of key lifesaver offences this year, but some people continue to speed, continue to use their mobile phone while driving, and continue not to wear a seat belt or put their children into child restraints. Road deaths have increased over the last two years and all of us have a role in saving lives. I would ask all road users to think about how their actions – whether it is speeding or not putting on a seat-belt or not wearing a high-vis jacket – could end in a terrible tragedy. Christmas and the New Year is a time for family and friends. It should not be a time for dealing with the death of a loved one. Let’s all behave responsibly so everyone can enjoy it.”

To support the introduction of Road Side Impairment Testing the RSA have produced a new 30 second TV advert to raise awareness of the new powers. It will also include radio, online and cinema advertising.

To date this year, a total of 179 people have been killed in road collisions compared to 172 deaths on the same date in 2013. When broken down by road-user, this represents 76 drivers, 36 passengers, 35 pedestrians, 20 motorcyclists, 1 pillion passenger and 11 cyclists who have died on Irish roads to date this year.

The Medical Bureau of Road Safety (MBRS) is the independent forensic body responsible for chemical testing of intoxicants under the Road Traffic Acts and also for the approval, supply and testing of apparatus for determining the presence or concentration of such intoxicants and for research on intoxicant driving. For more information, see www.mbrs.ie .

Test 1: Pupillary Examination – A Garda will ask a motorist to look straight ahead and keep their eyes open, and will measure the driver’s pupil size.

Test 2: Romberg Tests – A Garda will ask the driver to do a short standing and counting exercise with their eyes open and then closed, which measures balance and an awareness of body positioning and time.

Test 3: Walk and Turn – A Garda will ask the driver to walk 9 steps along a straight line and turn without counting aloud. This measures both balance and ability to focus.

Test 4: One Leg Stand – A Garda will ask the driver to stand on one leg for approx 8 counts. This measures ability to balance.

Test 5: Finger to Nose – A Garda will ask the driver to touch his/her nose with both right and left index fingers with eyes closed. This measures ability to coordinate and perform a basic motor task.

To date in 2014, in 22 fatal collisions where 24 people lost their lives (drivers or passengers), preliminary investigations reveal that a safety belt was not worn at the time of the collision. This represents more than 1 in 5 of all driver/ passenger deaths (21.8%) and which may rise as fatal collision investigations progress. In previous years this figure has been approximately 17-18%. 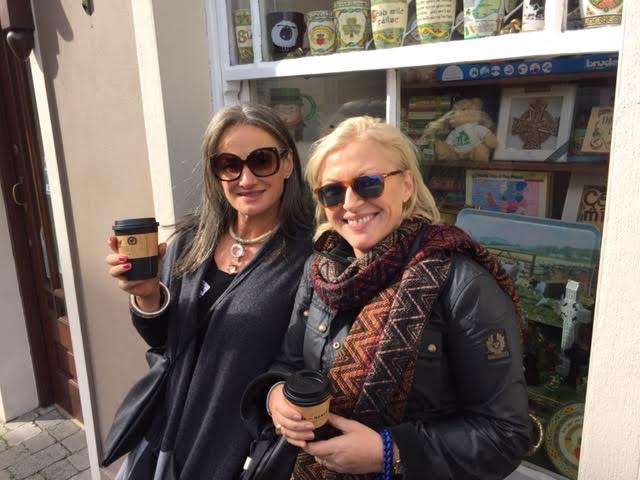 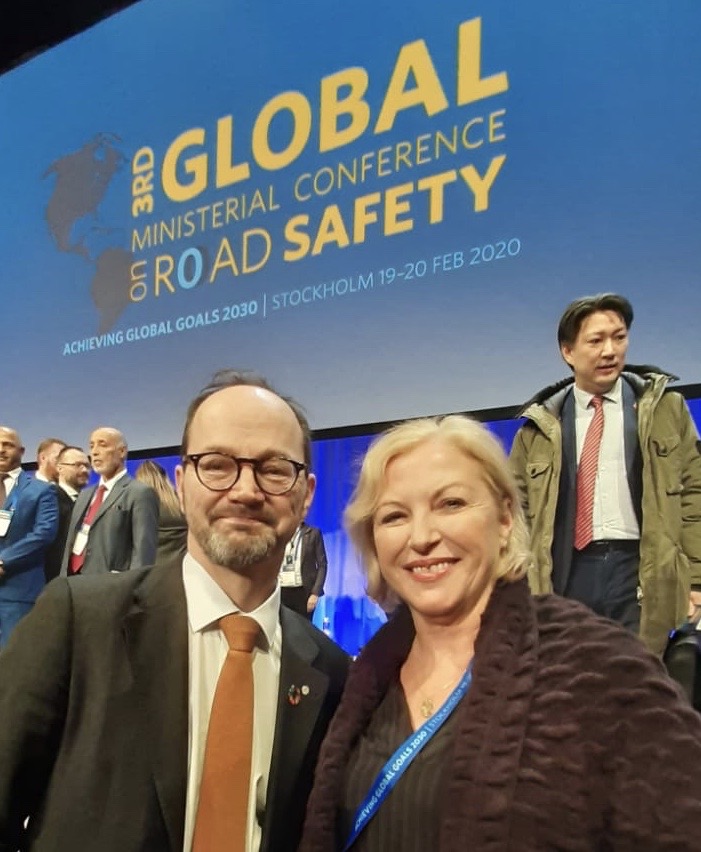 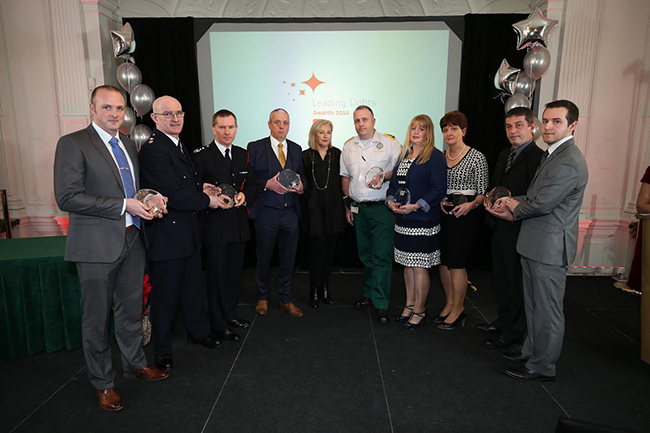